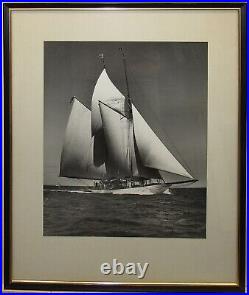 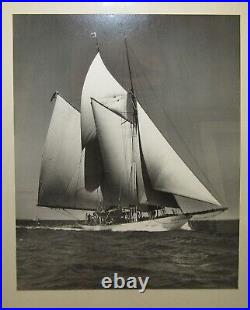 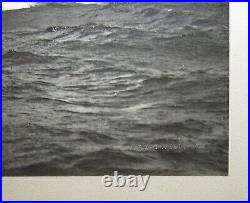 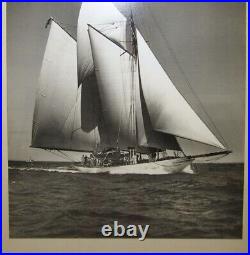 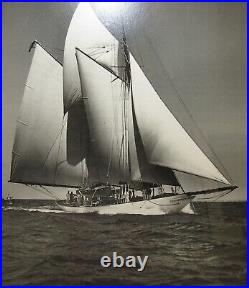 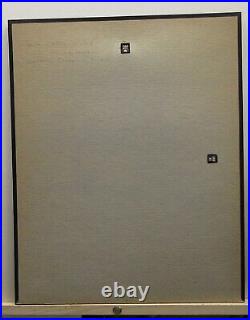 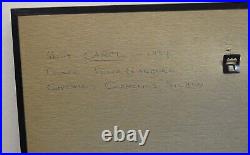 Outstanding original 1930s gelatin silver photograph of the yacht. The following biography is from the Herreshoff Museum. Morris Rosenfeld, known as “Rosie” to two generations of yachtsmen, was admired for the poetic skill with which he recorded their sport from 1899 on. He was acknowledged as the dean of yachting photography by every journalist and editor in the field for decades. Rosenfeld, who began his trade in grammar school with an ancient box camera, set up his own shop in 1910, Morris Rosenfeld and Sons. From 1920 onward, Rosie personally covered every major yachting event within his reach on the East Coast, publishing his photos in every magazine and newspaper concerned with these events. Readers treasured the painstaking care and breathtaking sweep of his work from Long Island Sound to the unforgettable moments of the America’s Cup. His first major book in 1947 was Sail Ho, followed by Under Full Sail in 1957, and Sailing for the America’s Cup in 1964. With his sons Stanley, Dave, and Bill, who joined him in the profession, Rosie became a constant and expected observer at every major regatta in his 33 foot camera boat FOTO. Rosenfeld helped found the Press Photographer’s Association and for many years served as Commodore of the Regatta Circuit Riders. This rare gelatin silver photograph is of the yacht “Carol” owned by Felix Warburg. Warburg was a well-known financier and philanthropist — the yacht was named after his daughter. The photograph bears the Rosefeld stamp lower right. It measures 13 7/8″ x 10 7/8″ (image size), and is in good condition (mounted to backing). Please see my other auctions for more fine paintings and prints. This item is in the category “Art\Art Photographs”. The seller is “kgrinder” and is located in this country: US. This item can be shipped worldwide.